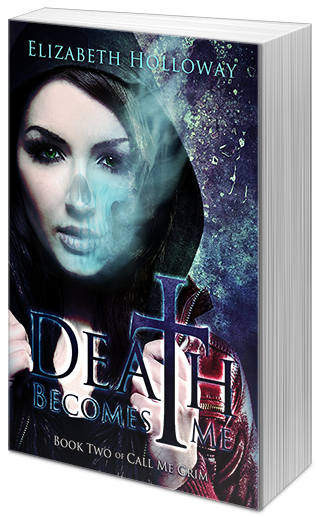 Libbi and Aaron are Grim Reapers on the run. They may have escaped their hometown of Carroll Falls unscathed, and are together and alive (well, more or less), but they’ll soon find there’s a price to pay. A deadly one.

By escaping Carroll Falls, Libbi and Aaron have broken the Reaper’s covenant with Abaddon, aka Death himself – and now they’re right at the top of Abaddon’s Most Wanted list. There’s nowhere to hide, and not a single person, alive or dead, they can turn to for help.

But just as it's looking like the end of the line, Libbi hears word of a Reaper in hiding – a Reaper who once escaped Abaddon's wrath. Finding this mysterious Reaper might be the perfect solution… if Death doesn’t find them first.

“I know.” He snatches his shoes from my hands and shoves his sockless feet into them. “We’ve got to get out of here.”

“How? She’s downstairs. We’ll run right into her.”

He glances at the wall behind him and shakes his head. Nope. Can’t get out that way.  He turns back around and points straight at the wall of junk that blocks the expansive attic.

As huge as the attic is, it looks like a postage stamp when I think of using it as a runway. Plus, I have to run through all of that stuff? I really wish I had more time to practice the Reaper powers before we left Carroll Falls. It would have been useful.

The attic door squeaks. A solid thump on the bottom step.

“No time for a better plan.” He seizes my hand. “Whatever happens, don’t let her touch you. Got it?”
I nod once.

And we run. Back the way we came. Straight through the wardrobe with the broken door. Through the leaning towers of boxes and mountains of clothes and papers and trash. Toward Bobby’s bedroom.
The attic stairs appear in the middle of the rubbish. We have to pass them if we want enough speed to fly when we reach the wall at the other end of the house.

An ashen hand slaps down on the railing at the top of the staircase. Annalise’s greasy, dark head pops up above the railing. Her head rotates. The skin on her neck cracks and greenish-yellow fluid leaks from the wound. Her eyes find us.

I was right. There are no eyes there. Just inky-black orbs.

“What are you doing?” The voice that oozes from her throat is deep, cold, menacing. But there’s no mistaking the surprise in it. “You don’t belong here.”

Oily tendrils of blackness unfurl from the little girl’s shadow like tentacles. They spill over the railing and crawl across the floor in front of us. The coppery scent of decomposition fills the space. Whoever she used to be, she’s a corpse now. A reanimated, rotting corpse. Mothballs suddenly don’t smell so bad.

“Jump.” Aaron says and I do. We sail over whatever it is that seeps from her shadow as we sprint past her.

Annalise reaches for my arm. I jerk my elbow across my body before she touches me and the breeze from her fingertips grazes my skin.

It was just the wind that touched me, I’m sure, but for a moment my vision blurs. A flash of light replaces the junk-filled attic, then pale, twisted, writhing bodies. Blood. Broken bones. Pain. So much pain. And fear.

Just as quickly as it came, the vision disappears. I almost lose my breakfast on the floor, but I somehow manage to keep running. We barrel through another mountain of junk—more furniture and boxes—and into Bobby’s bedroom. 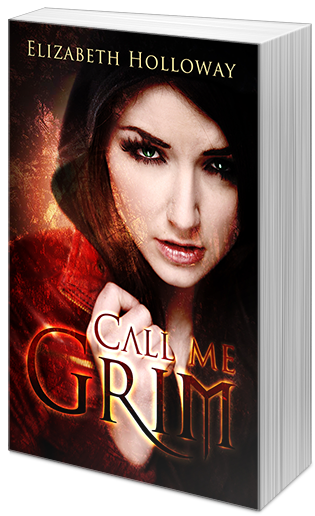 The truck should have turned Libbi Piper into a Libbi Pancake—and it would have, too, if Aaron hadn't shown up and saved her life. The problem? Aaron's the local Grim Reaper . . . and he only saved Libbi's life because he needs someone to take over his job. Now, Libbi has two days to choose between dying like she was supposed to, or living a lonely life as Death Incarnate. Talk about a rock and a hard place. And the choice goes from hard to sucktastic when her best friend shows up marked: condemned as a future murderer. Libbi could have an extra week to stop the murder and fix the mark . . . but only if she accepts Aaron's job as Reaper, trapping herself in her crappy town forever, invisible and inaudible to everyone except the newly dead. But, if she refuses? Her best friend is headed straight for Hell. 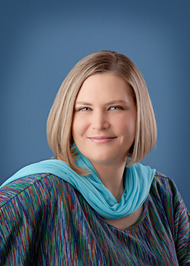 Elizabeth Holloway is a writer of young adult fiction living in Southern Pennsylvania with her two teen children and their growing number of pets.

In addition to writing, she is a registered nurse, an avid reader, an out-of-practice artist, a karaoke singer, and music lover. She is still trying to decide what she wants to be when she grows up. 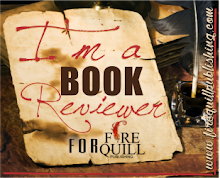 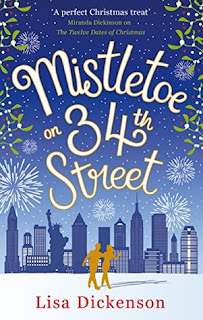 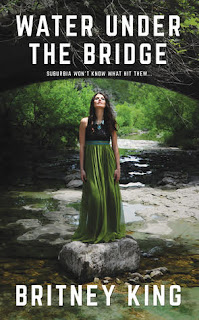